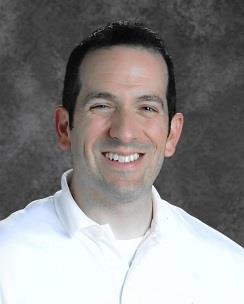 Jeff Zilke is currently in his twentieth year as the Director of Bands at Walter R. Sundling Junior High School in Palatine, Illinois.  His conducting responsibilities include: Concert Band, Symphonic Band and Jazz Band.

Under his direction, the Concert Band and Symphonic Band have earned consistent superior ratings at the Illinois Grade School Music Association (IGSMA) Organization Contest and the Jazz Band has earned consistent superior ratings at the North Shore Jazz Festival and Jazz in the Meadows Festival.  The bands have also participated in the Gateway Music Festival, Heritage Music Festival and Music in the Parks Festival.  The band program was highlighted in a School Band and Orchestra Magazine article titled "Running a Junior High Band by the Book" (February 2004).

He served as conductor for 13 members of the Palatine High School Marching Band during the filming of Clint Eastwood's movie, Flags of Our Fathers (2005).  He commissioned an original band composition, Endless Rainbows (Composer Brian Balmages) which the Symphonic Band premiered in March 2013.  The Symphonic Band performed Go Cubs Go! at Wrigley Field during the World Series and was featured on the WGN Morning TV News in October 2016.

Jeff and his wife, Susan, reside in Lake Zurich with their children, Anthony and Madelyn, and their dog, Rizzo.